Why is Bug Testing and Quality Assurance Important for the Success of Your Web App? 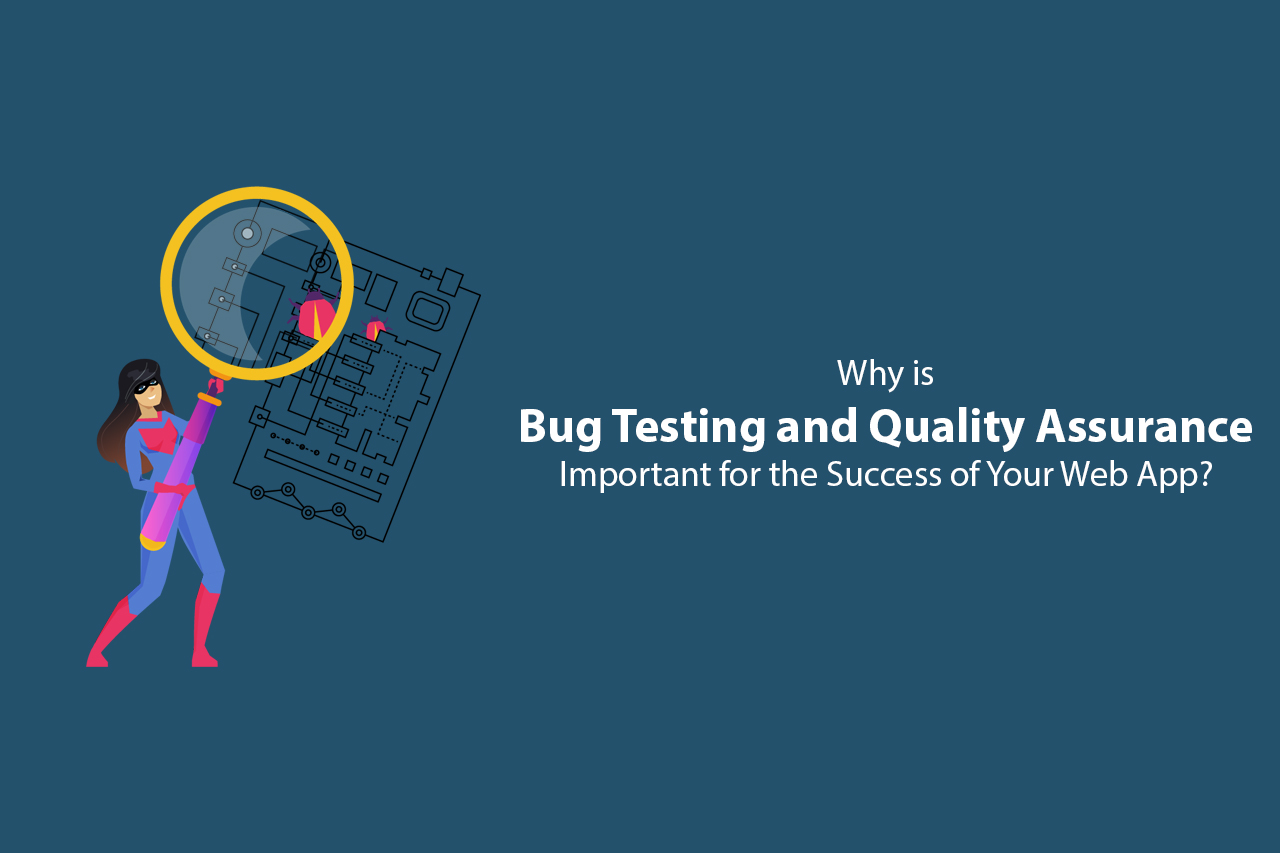 There is not a single developer in the world who can claim that his or her code is bug-free. From the simplest of software, like a simple calculator, to more complex ones such as Air Traffic Control applications, all software has space for improvement. Whether it is done through refactoring of code or the removal of bugs, both wear down the architecture of the software on which it was built.

If you are currently working on a web app or have already launched one, it is important that you have an extensive Quality Assurance (QA) process to ensure that you are providing the best customer experience. Each and every component of your app from the layout to a simple feature needs to be tested for the most common of bugs or mistakes. Gearsite provides a top Quality Assurance service for those wishing to separate the development team from the QA team as we discuss below.

In this article, we will explore what Quality Assurance is exactly and why you need it for your web app.

What Exactly is Quality Assurance?

Quality Assurance consists of a set of processes that determine how robust the application you have built is and identifies possible errors, bugs, or exceptions that need to be taken care of. Without a doubt, this is a lengthy and time-consuming process. Some times, developers will ignore this stage in the software development lifecycle. While they deliver a product that seemingly works at the time of release, it may be so full of bugs that it might have to be pulled from the market altogether.

In simple terms, QA has a big impact on the success of your web app and the bounce times associated with your site. Your opinion as a developer may differ from the user who is actually viewing your website for the very first time. Like stressed above, from the layout of your web page to the working of your website, each and every component of your app needs to be tested before release.

Unless your company is following the vastly outdated Waterfall model for development, chances are that you are working with an agile development practice such as Scrum or DevOps. This iterative approach to the development of web applications will allow you to check each and every feature of your app before the launch.

If you are working alone to develop your web application, chances are that you won’t be able to do a successful QA. There are certain practices that need to be followed and if you have a developer team, they need to properly write and document instances of the code of the app so that in the future, refactoring or evolution will be easier and your web app can be debugged easily or expanded.

Say you are an eCommerce retailer. If your website is not built on a Decorator or Composite hierarchy, chances are you will have to replicate and change each and every instance of your page for a new type of product that comes up. Another common scenario that occurs is the product that you intend to feature or highlight doesn’t show up as prominently in front of the average user as it is supposed to.

And just because you have rocket fast internet and your web app is loading quickly on your computer, doesn’t mean everyone has the same speed. Slow load times will put you at risk of high bounce rates and loss of customers.

There are thousands of instances in the software development world where a company doesn’t spend as much on the development of the software compared to its maintenance. This is largely due to the fact that we identify errors and bugs later when the design of the web app or software is difficult to change or is almost finalized.

Consider another where your web app has reached its release period and upon launch, all your users encounter a bug that would require the entire codebase to be completely changed. Just because you didn’t do proper QA and bug testing, you might be forced to stop your web app and take it off the market until you can fix the bug, which again could take a number of weeks and mean a large loss in revenue and reputation.

A very popular example of a lack of bug testing happened with Ariane 5 which exploded 37 seconds after launch due to a simple programming error. It’s predecessor, Ariane 4, was successfully launched more than 100 times which begs the question: Where could the problem have occurred? Upon inspection, it was found that an Operand Error (trying to combine different data types) and integer overflow (when a variable goes over  4,294,967,295 on 32 bit machines) for 3 variables, which the developers thought didn’t need any sort of exception handling or control, was the culprit. Because of this, right at the launch of the Ariane 5, the rocket failed and exploded.

Push it to the limit

When doing testing on your application it is always best to think worst case scenario, maximum load, and minimum resources. If a page on your app is usually going to see 10 records, put in 10,000 records. By doing this you are amplifying the issues that already exist but may not be immediately visible under normal use and low load.

So, What is Bug Testing?

Bug Testing consists of the set of processes that aim to identify errors in the code you have written. For many stages, this can be automated by using different tools such as Jira or using the proper Integrated Development Environment (IDE) for the identification of these issues. However, it has been proven time and again that developers who have actually written the software for use often neglect to check their code for bugs. Your web app could have a simple check error for the password of users but this simple error could compromise the personal information of thousands of your users and make you liable for a lawsuit, which will result in a loss of revenue and reputation.

Depending upon the time when the bug is identified, it may incur a revenue loss based on the value of the feature where it was identified at. The bugs could be as simple as slow loading times for your web app to something as complicated as the very platform your application’s data is pulled with.

Number of Ways to Check for Bugs in your Web App

Do it with your Own Team (Not Recommended)

There are certain practices that could help identify or unstructured code or bugs in your web application with your own team. For instance, pair programming could help in identifying and sorting out issues right as the code is being written. Or you could divide your in-house team into two parts and have them work on different features and afterward make them check each other’s work.

This practice is not recommended because the developers will certainly try to defend the code they have written plus if in the future these developers are not available, the entire code may need to be refactored so that your new developers can actually understand the structure and purpose of the code. Particularly if it is not well documented like with many smaller development teams.

Do it with an Separate Team

It is recommended that the development team and the QA team should be separate when developing a web app. Each and every feature that comes out as part of the Scrum cycle for your web app should be sent to the QA team immediately for testing and feedback. The QA team, in this case, would consist of developers as well as everyday users who may interact with your app. Combined, they will test each feature as the web app comes together and report their findings.

It is best to start running Quality Assurance tests immediately because as you progress further down into development, the cost of change rises. Instead of being dealt a blow at a later stage, it is important that your bugs are identified and resolved as quickly and early as possible.

Importance of QA with Evolution of Your Web App

Quality Assurance also ensures that your web app is flexible and open for evolution. With new standards coming up in web development space all the time, your app needs to be integrated with these features to keep up with the competition. A proper QA process ensures that your web app is not rigid or immovable so as to disturb the evolution process. This will ensure that your app can be integrated with new features or change requests without much change to the underlying architecture and affecting the overall working of your web app.